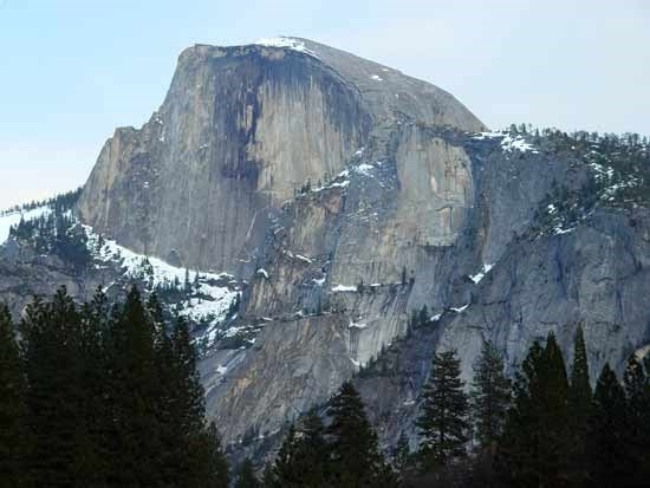 Granodiorite is less known and used igneous rock falling in intrusive type. It is akin to granite in look but containing a high percentage of plagioclase (K & Ca-rich) feldspar so looks off-white in color.

It contains less than 20% Quartz. Other minerals are plagioclase, which is always greater than 2/3 of total feldspar. The plagioclase is with lesser orthoclase, Biotite, and amphibole (hornblende). It has Silica (SiO 2) content – 63%-69%.

It formed by the intrusion of silica-rich magma that eventually cools in stocks or batholiths below the earth’s surface. It exposes after uplift or erosion of the upper continental crust. The entire process takes place in three major steps, melting of magma, shifting, and solidification.

Granodiorite is an intrusive type of igneous rocks. Therefore, the magma cools slowly within the earth crust and resulting in coarse-grained rocks.

Granodiorite is the result of fractional melting of a mafic parent rock, which takes place above a subduction zone. Thereby, it mainly found in volcanic arcs and cordilleran mountain building. For instance, when subduction takes place along the edge of a continent like it happened with the Andes Mountains. You can see that it emplaces in large batholiths, which are used to running for thousands of square miles. It eventually sends magma to the surface to produce composite volcanoes with andesite lavas.

It has limited applications in the construction industry.

Who Will Provide You Granodiorite?

World of Stones USA is an ideal destination to obtain natural stones for exterior applications. Now, we know Granodiorite is a choice for exterior applications and some industrial usages as the crushed stones. You will find the best quote, top quality, and excellent service as well as perfect guidance in consulting at the World of Stones and its distributors existing nearby you.