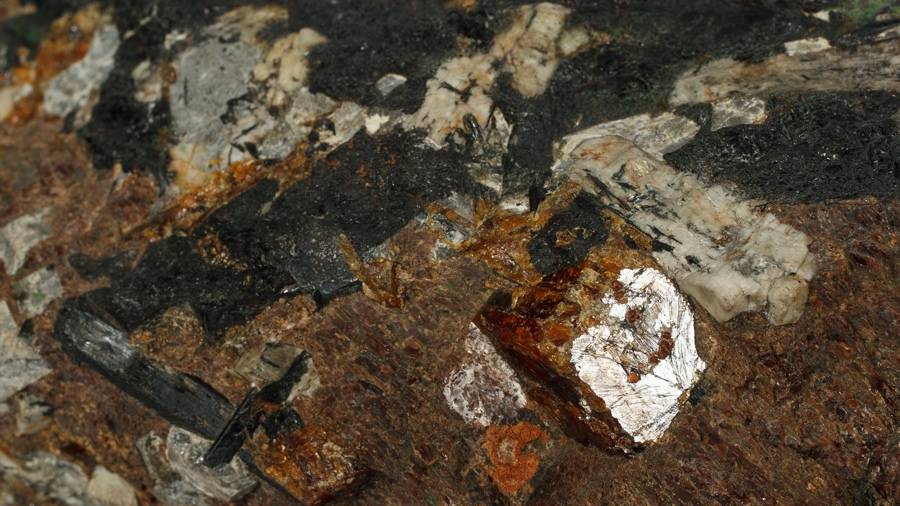 Pegmatite Rock – Uses, Facts & Properties – All You Need to Know

Pegmatites yield precious gemstones, rare minerals, and useful dimension stones & stone aggregates for the construction industry. World of Stones USA is going to introduce you to the untouched or lesser explored rock type on the web and brought public awareness for it.

Well, World of Stones USA is a natural stone supplier mainly for the dimension stone industry. So, why should it take an interest in the discussion on pegmatites like gem industry rocks?

It is because all pegmatite mines are not yielding only gemstones or precious minerals for the different industries. It also yields the rocks that have values in construction and dimension stone industries, after careful mining around the globe.

Let’s check some facts, properties, and uses of pegmatites rocks at a glance in the current post.

By definition, Pegmatite rock is holocrystalline and composed of interlocking phaneritic crystals. However, Pegmatite is a known name in the gemstone industry rather than the construction or dimension stone industry. According to Wikipedia, Pegmatites are Extreme Igneous Rocks. Here, extremity means more than one thing. What Is Pegmatite?

It is the final stage of the crystallization of the magma.

The term “Pegmatite” was first used by a French mineralogist René Haüy for “Graphic Granites” like rocks.

How Does Pegmatite Form?

For the sake of comprehension, we can segregate the formation process of pegmatite in the following steps.

The most interesting thing during the igneous rock formation is the speed of cooling and crystallization of various minerals existing in the magma as well as in the surrounding substances/rocks/stuff of the earth.

However, pegmatite formation is highly complex and takes place in a unique way & conditions. Let’s see how it is.

Do you know pegmatites occur across the planet and found in almost all continents? For example,

The commercial significance of pegmatites is its rare elements/mineral constituents.

When changes of the main mineral content found, the industrial names of the pegmatites are changing accordingly.

For instance, when pegmatites have a mineral composition similar to the Granites, such as the predominance of quartz, feldspar, and mica, they usually term as Granite Pegmatites.

When the dominance of one of the Common Minerals in Granite Pegmatite takes place, the look-n-feel of the rocks changes accordingly.

Similarly, the following types of pegmatites known in the stone industry.

The most important thing in pegmatite is the presence of an adequate amount of Rare Earth Elements (REE), which are in high demand in various modern applications, including

The uses of main REEs found in pegmatites are:

Uses of Pegmatites in the Gemstone Industry:

Uses of Pegmatites in the Construction Industry:

Pegmatite rocks are a great source of construction aggregates, road aggregates, and as a base material in landscaping & outdoor paving in nearby areas of pegmatite quarries or mines.

Due to stunning appearance and mineral values, pegmatites are high-quality decorative aggregates.

Besides these, the applications of pegmatites are known as the building stones, facing stones, and paving stones.