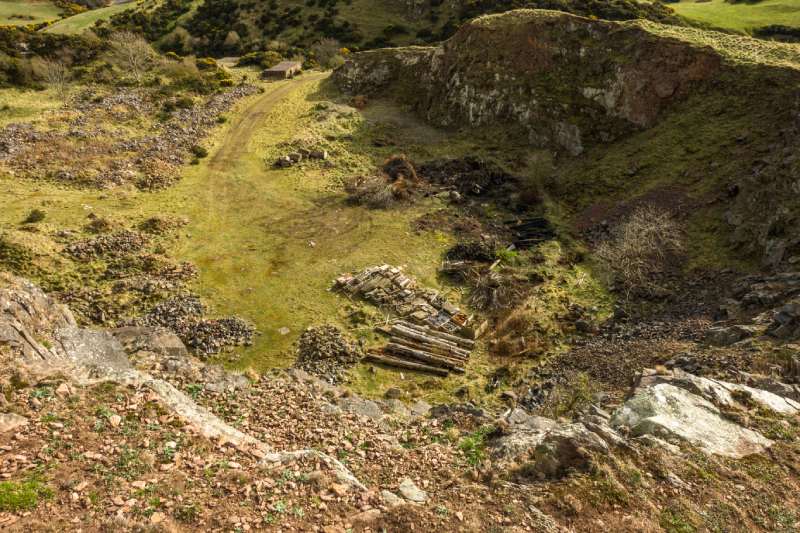 It is an igneous rock, which forms from debris ejected by the explosive volcanic eruption.

The ejected materials usually settle down in the surrounding areas of the volcano and compacted as well as cemented forming a solid rock called “Tuff” and useful in constructions when it achieves required hardness and thickness.

The layer of the tuff is the thickest near the volcanic crater and reducing gradually with increased distance from the center. Thus, it creates lens-shaped deposits around the volcano.

What Is Tuff Ring?

It is a small volcanic cone surrounding a shallow water-filled crater. Volcano explosion blasts the fragments of bedrock, ash, and tephra, which are usually settled around cater and forming a tuff ring in size from several hundred meters to kilometers in diameter.

Tuff deposits in the tuff ring originated from the fragmentation of the bedrock involving during the volcanic explosion, tephra, and volcanic ash, which is created from the magma below the sub-surface.

Tuff contains a wide range of materials and found in different particle sizes from dust/sand size to boulder size.

Based on physical bonding, we can classify tuff rocks into two categories.

Welded Tuff: When ejected material during volcano eruption is hot enough and lands, it has soft and sticky particles. Upon compaction, due to pressure and heat, it acquires solid bonding that is resulting in high hardness. Welded tuff usually found nearby areas of cater to the volcano.

Un-welded Tuff: When ejected material from the eruption is relatively cool and lands far away distance of the mouth of the crater, the bonding is remaining loose and forming soft tuff rocks.

Based on the material types that a tuff rock contains, geologist and industry people, classify tuff rocks in the following kinds.

Tuff rocks are an excellent choice for exterior natural stone applications due to the following properties.

The occurrence of Tuff Rocks

Uses of Tuff Rocks in Industries:

Where to Obtain the Best Material

We have seen multiple usages of tuff rocks in the construction industry. World of Stones USA is the best destination to obtain natural stones for exterior applications. Tuff rock is a great choice for paving stone, decoration in the landscape, and the creation of artifacts, sculptures, and monuments. Moreover, World of Stones is famous for its high-quality stone materials and best services at competitive market rates. You can fulfill your requirements for natural stones, porcelain tiles, and artwork on stones with World of Stones in Maryland or its branches across the USA.